A Guide to Using Semicolons

A Guide to Using Semicolons

You too can become a semicolon master!

What Is a Semicolon?

The semicolon does jobs that are also done by other punctuation marks, but puts its own spin on the task. Like a comma, it can separate elements in a series. Like a period or colon, it often marks the end of a complete clause (that is, a sentence part that has its own subject and verb). And like a colon, it signals that what follows it is closely related to what comes before it. 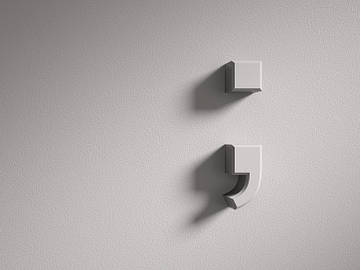 Each semicolon brings us closer to the top.

A semicolon separates related independent clauses that are joined without a coordinating conjunction, such as and:

Mabel the Cat had made a big pot of goulash; it was simmering on the stove.

Goulash was Harry the Dog's favorite; the scent drew him to the kitchen.

A semicolon can also replace a comma between two clauses that are joined by a coordinating conjunction like and in cases where the sentence might otherwise be confusing—for example, because of particularly long clauses, or the presence of other commas:

As Mabel's culinary efforts continued, with bread baking in the oven and a cabbage dish just begun, she admonished Harry to keep out of her way; but Harry's ability to remain at a decent distance from the stove was severely challenged.

Semicolons are used especially when the second clause is introduced by an adverb or a short phrase, such as however, indeed, thus, in that case, as a result, on the other hand, for example, or that is:

Mabel did not take kindly to the encroachment of Harry into her personal cooking space; indeed, she at one point responded to the sudden appearance of his muzzle at her elbow with a distinct and species-appropriate hiss.

Such an adverb or phrase can also appear elsewhere in the second clause:

Harry was an animal driven by primal need to gain immediate access to the goulash; his options for achieving that aim were, however, limited.

A semicolon can also join two statements when the second clause is missing some essential words that are supplied by the first clause. In short sentences, a comma often replaces the semicolon:

Mabel's cooking prowess, honed through years of complex feasts, was formidable; the interruption of its application ill-advised.

The scent of the baking bread was sublime, the perfume of the goulash intoxicating.

A semicolon is also often used before introductory expressions such as for example, that is, and namely, in place of a colon, comma, dash, or parenthesis:

On one important point Harry and Mabel agreed; that is, it would be better for all if Harry found somewhere else to be while Mabel finished cooking.

Semicolons Separate Phrases or Items in a List or Series

Harry set out to find a dessert that would demonstrate his deep appreciation of Mabel's meal. Ideally, it would be sweet, salty, and chocolatey; would feature the soft, creamy texture that Mabel adored; and be suitable for breakfast as well as dessert.

When the items in a series are long or are sentences themselves, they are usually separated by semicolons even if they lack internal commas:

In the end, the meal Mabel and Harry shared was first-rate: the bread and cabbage dish complemented the goulash exquisitely; the chocolate croquembouche was divine; and the conversation was lively and amicable.

Note that, unlike commas and periods, a semicolon that punctuates the larger sentence is placed outside quotation marks and parentheses:

For her birthday, Harry gave Mabel an apron that said "Number 1 Cook"; Mabel cordially accepted it but has yet to wear it.

She appreciated the sentiment (which she knows Harry feels sincerely); but the apron is simply not her style.