A Guide to Em Dashes, En Dashes, and Hyphens

Be dashing—and do it well

Among punctuation marks, dashes have a certain panache. They take the reader aside, and then draw that reader to the next bit like a good dance partner in the lead.

There are various punctuation items that can be described as dashes, and we will get to them all, but we’ll begin with the most useful, and most used. It looks like — or sometimes (as when one’s word processing program fails to convert it) - - and it’s called the “common dash,” or “em dash.” The two names are well-earned; this dash is the most common true dash, and it’s the approximate width of a capital M.

The Em Dash: An Introduction

The em dash can function like a comma, a colon, or parenthesis. Like commas and parentheses, em dashes set off extra information, such as examples, explanatory or descriptive phrases, or supplemental facts. Like a colon, an em dash introduces a clause that explains or expands upon something that precedes it.

The em dash is sometimes considered a less formal equivalent of the colon and parenthesis, but in truth it’s used in all kinds of writing, including the most formal—the choice of which mark to use is really a matter of personal preference.

Spacing around an em dash varies. Most newspapers insert a space before and after the dash, and many popular magazines do the same, but most books and journals omit spacing, closing whatever comes before and after the em dash right up next to it. This website prefers the latter, its style requiring the closely held em dash in running text. 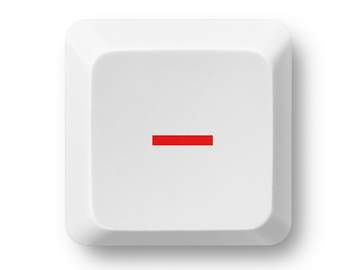 How to type one, however, depends on your machine.

The Em Dash in Action: A New Direction

Mabel the Cat was delighted with the assortment of pastries the new bakery featured, but Harry the Dog—he felt otherwise.

Harry’s bafflement was apparent. “That the bakers fail to recognize the crucial importance of the cheese Danish—”

“Of course you have a point,” Mabel murmured. “That is—I suppose it is concerning.”

The Em Dash in Action: Attention Must Be Paid

The butteriness of the pastries did say something about an appropriate level of commitment to decadence—at least there was that.

And the wide range of its hours of operation—6 a.m. to 6 p.m.—certainly showed concern for customers’ manifold circumstances.

A regular selection of three kinds of croissants—plain, almond, and chocolate—was heartening, both Mabel and Harry agreed.

The pies changed—apple year-round, for example, but pumpkin in fall and winter, strawberry rhubarb in spring, and peach in summer—as the bakery’s devotion to fresh ingredients dictated.

Harry would never forget the Tuesday that Mabel called him from the bakery, her voice brimming with excitement—the bakery had added cheese Danishes to its selection.

Nor would Harry forget his first bite of the Danish she delivered to him. It was revelatory—it was a cheese Danish nonpareil.

The bakery was truly phenomenal. Although they did miss the mark somewhat with the pineapple upside-down cake Mabel ordered—that is, the cake had clearly been baked right-side up.

”You see,” Mabel averred, “even a moderately keen observer can ascertain—namely from its shape—a baked cake’s oven orientation.”

The bakery was also adept at deliciously modifying recipes to meet any variety of dietary restrictions—not an easy feat in many cases.

“One cannot underestimate the effect a good bakery can have on a person’s well-being.” —Mabel the Cat, The Websterburg Reporter

The bread sublime, the cheese Danish divine.
—Harry the Dog

The Em Dash in the Company of Other Punctuation Marks

Within its first year, Mabel and Harry had sampled all of the bakery’s offerings—all 62 items—and had also decided that the exercise was worth repeating.

When the bakery closed for the month of August to give its staff a break—no one denied it was much deserved—Mabel was forlorn.

Mabel tried, despite her dolefulness—for how could she be otherwise?—to bake her own bread but each loaf that emerged from her oven tasted vaguely of tears.

The Other Dashes (Not Nearly So Dashing But Still Useful)

The bakery will be closed August 1–August 31.

The thinking is that using a hyphen here, as in “the post-Cold War era,” risks the suggestion that post attaches only to Cold. It’s unlikely, though, that a reader would truly be confused.

Years later it was revealed that the Websterburg bakers had once had a bakery in ———, a city to the south. But the water quality there was prohibitive to the creating of decent bagels.

A Hyphen Can Be Considered to Be a Kind of Dash

While we said above that the em dash, also called the “common dash,” is the most common of the true dashes, hyphens show up more frequently in text. They have a variety of uses.

Mabel and Harry don’t like to linger on their memories of Webster-
burg’s pre-bakery days.

"M-m-mabel, the cheese Danish is divine!”

Let’s not even talk about August, when the bakery is c-l-o-s-e-d.