WHEN DID INDIA GAIN INDEPENDENCE?

Many Indians wanted independence from British rule. They also wanted a chance to build up industry and wealth in India. By the end of World War II, it was clear that Britain could no longer ignore the demands of the people in India. But negotiations were complicated by the demands of the Muslims in India. Violence broke out between Hindus and Muslims, and Indian and British leaders eventually agreed to divide India into the two states of Hindu India and Muslim Pakistan. 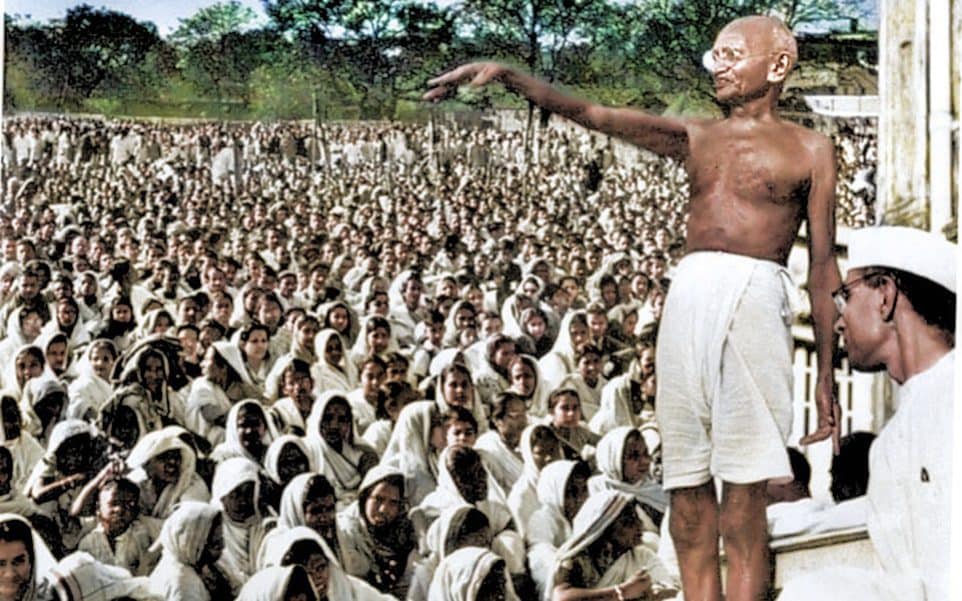 India gained its independence in August of 1947. Millions of Hindus and Muslims fled from their homes. As people tried to move to new homes, hundreds of thousands of people were killed.

*Mohandas Gandhi was known as Mahatma Gandhi. He was assassinated in 1948, at the end of India's long struggle for independence.