When did Settlers First Arrive in Japan?

People from mainland Asia settled on the islands of Japan around 7000 B.C. The original inhabitants may have been the Ainu, about 15,000 of whom still live in Japan. The early Japanese lived by hunting and fishing. Farming began around 1,000 to 500 B.C., when the Japanese learned to grow rice, a skill brought over from China. They also began to make metal tools and pottery. The site in Tokyo where pottery was first found gives this period of history its name-Yayoi. 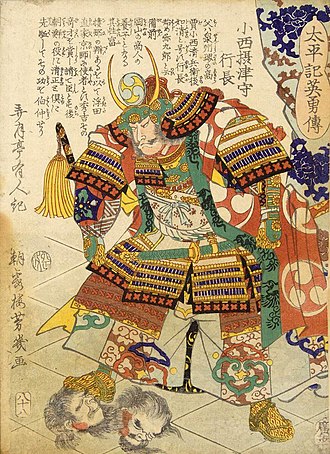 The Yayoi farmers dug ditches to irrigate their rice fields. They built thatched homes and storehouses on stilts for their rice crop. Farmers lived together in villages, and each village was led by a chief who was often a woman shaman, or magician. The women shamans of Japan were extremely powerful figures.

*During Japan's Yayoi period, the dead were often buried inside stone tombs.