When Did Wall Street Crash? 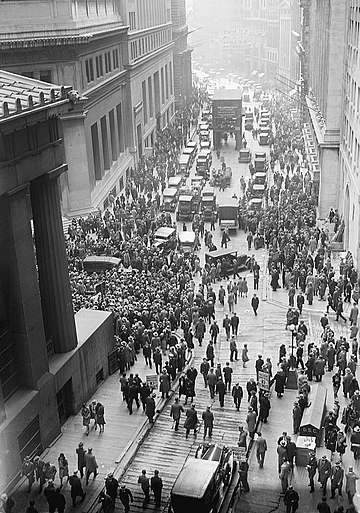 In the late 1920s, the price of shares on the New York Stock Exchange increased rapidly. More and more people bought stocks and shares. They hoped to sell them again when their price had gone up and make a large profit. When prices dropped in October of 1929, people rushed to sell their stocks and shares before it was too late, but the prices fell even further. This event is known as the Wall Street Crash. Thousands of people lost all of their money. Many businesses and banks shut down, and unemployment soared. 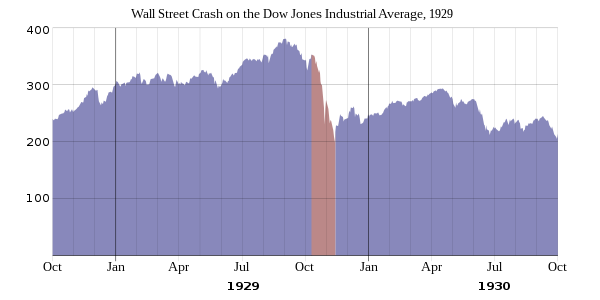 During the worst years of the Depression, many people were forced to rely on charity and government hand-outs for their most basic needs. In 1932, Franklin D. Roosevelt was elected president. His "New Deal" aimed to create jobs and to protect people's savings by regulating banks more closely.