When Was the Hundred Years' War? 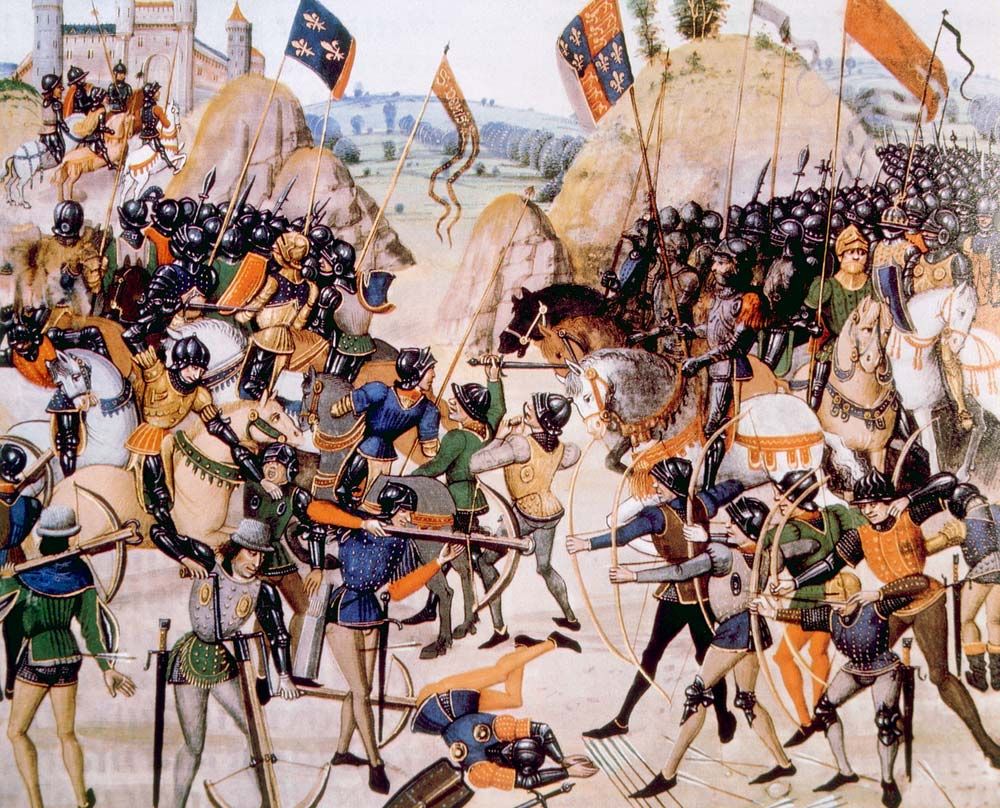 The 14th century was filled with wars. The longest and most exhausting of these wars was between England and France. It lasted, on and off, until the middle of the 1400s. It is known as the Hundred Years’ War. This war actually spanned from 1337 until 1453. By 1453, the French, inspired by Joan of Arc, had driven the English from Maine, Gascony, and Normandy. The war was finally won by the French. The conflict was a very complicated one. The Plantagenet king of England ruled a large part of France, while the rest belonged to the king of France. Both kings wanted to be the sole ruler of a united country. There were also other reasons for the war. For example, the French supported the Scots in their struggle against England. Also, the English claimed the throne of France when Charles IV died in 1328 and left no heirs.

English troops laid siege on the French town of Troyes. The city gates were shut and barred against them. English officials tried to persuade  the leaders of Troyes to surrender.